The weekend of the Oct. 28 – 30 marked another great J/24 East Coast Championship for 26 teams from up and down the East Coast (including the Canadian Province of Nova Scotia). This number is up significantly from last year, and the competition – well let’s just say there was no shortage of competition!

To begin with, the weather came through for the sailors in a big way. Winds Friday ranged between 15 & 32 knots from the NW with air temperatures in the high 50???s. While some boats struggled down-wind, others reveled in the challenging conditions that make this boat thrilling to sail. Winds Saturday ranged from 12 to 18 knots from the S-SW with temperatures in the upper 60???s. This was one of the best sailing days I have ever had in Annapolis! A high-pressure system moved in Sunday with unsettled winds from the SW ranging from 6 to 11 knots, but with air temperatures rising to 70+ degrees! All in all Annapolis provided us with a variety of conditions from great breeze to light and unstable giving everyone a chance to make some points back or extend a lead!

From a competitive standpoint, this 26 boat fleet was the strongest I have seen it in the last 3 years. Mike Marshall was leading the regatta the first two days with very consistent scores. Neither Tony Parker or I raced the 2nd race of the series – Tony had broken his main halyard, while I was a bit eager at the start and caught a U flag. I recommend staying away from both of those mistakes! After two races on Friday in big air, boats were beaten up and crews were too, so the RC decided to let us live to fight another day and called racing after two.

Saturday was gorgeous – 12 to 18 knots of breeze and choppy. This was a more consistent day for everyone. Evan Petley-Jones and Andrew Carey played it smart and stayed in the top 4 after Saturday (a very impressive regatta for both of them)! ??Saturday proved that everyone can handle some breeze and chop and no one ran away with any of the races. It was a fight to the end!

Sunday was the toughest of the three days. Shifty winds started at 6 knots from the SW and improved through the day to 11 knots from the SW. Evan Petley-Jones and Andrew Carey proved to be strong in these conditions as well. Andrew won the first race and Evan was in the top 3. Tony Parker was also right in there along with my team. The last race was going to be a battle. We finally had a good start and got out in the lead. The top teams battled back and forth. Finally, Tony Parker fought back from a fifth place to a second place finish, which would seal the regatta for him. At the end, it was Evan Petley-Jones finishing strong at second, and Team Honeybadger fighting hard to come back to third!

Fun Off the Water

Severn Sailing Association, Pat FitzGerald and his team of volunteers came through to put on a very fun on-land part of the regatta. The Quantum & Sparcraft sponsored beer truck was up & running as teams set their boats up Thursday afternoon. I ran around with my head cut off helping skippers tune their boats in the rain. The organizers had scheduled Dock Talks each day (led by North Sails), corn-hole tournaments and on Saturday the longest flip cup table I have ever seen!

The Saturday party included oysters on the half-shell, Maryland crab soups and a great dinner with over 170 sailors eating, having fun and partying into the evening. This regatta has become a great social event, as well as competition. Rarely do we see teams hang around for four hours after the sailing was done. No one wanted to miss the great time that was had each night!

To sum it up, this regatta was an amazing on the water and even more fun off the water. While the ECC has been larger in the past, at 26 boats it is right around what most regional events have become. My advice to everyone is to put this event on your schedule next year and let???s make it a 30 boat regatta! Thank you to Pat Fitzgerald, Commodore Peter Rich, and to everyone else who worked hard to put this event on. See you next year! 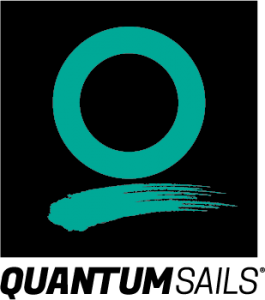